Until this past summer, I had never even heard of such a thing.

My family went on a three-week tour of the west coast traveling through several states, including California, the home of the now-infamous $5 donut.

The morning that my wife said we were going to get donuts was obviously a great morning because who doesn’t like donuts, right! What she failed to tell me was that the donuts were crazy expensive. I am sure this was by design, so that she did not have to hear me fuss about the audacity of a business charging $5 for a single donut. Well played woman.

In this short article, I want to lay out the road map we took to the $5 donut and how it all ended.

Prior to us taking our road trip, my wife laid out several stops along the way, including the Grand Canyon, beaches in LA, San Francisco, major league baseball games, and of course, a $5 donut.

In her research, she found a local donut shop that had rave reviews, a busy Instagram page, and an overall great social presence — all the makings of a great customer experience. Their social posts not only showed the product, but they also showed them selling out, lines out the door, all the while, with customers having smiles on their faces. Branding geniuses! 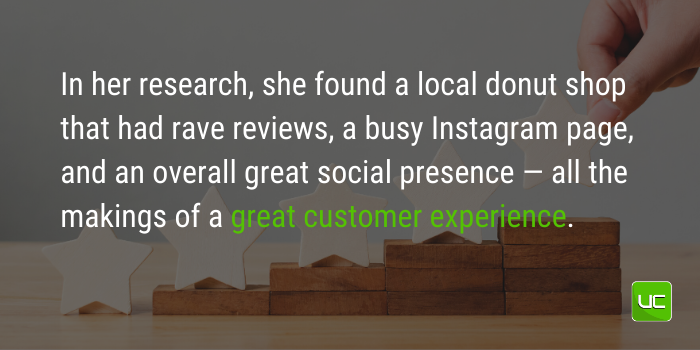 My wife was really excited about this donut place, having talked about it for a couple of days leading up to it non-stop. To be honest, I was prepared for a letdown. It’s hard to live up to that kind of hype.

We made a plan to hit the donut shop mid-morning, hopefully after their initial rush, but before they ran out. Here we come $5 donut!

Before continuing, I want to highlight a key difference in the process from your local donut shop and the $5 donut shop. I never get excited about my local donut shop. In fact, I do not look forward to it one bit. This shop was obviously different. We were excited to go get a donut that we were going to have to wait in line for. Makes perfect sense, huh?

When we arrived, there was no parking. My blood pressure started to rise as I saw the line out the door. I am all about efficiency. Get in, get out, get on with life.

When we arrived in the line, and I contained my sighs from standing in it, I noticed the daily menu chalkboard at the door. In between the people I saw several unique flavors of donuts and a price of $5. I looked at my wife and said, “$5?” in a quiet voice. You know the one — the whisper that you wish was a shout.

But as we waited, I noticed that my mind changed from being slightly upset to a thought of ‘If they have the audacity to charge $5, then I bet it is one heck of a donut’. So now I am bought in. I have got to see this thing through. I am on the $5 donut train. 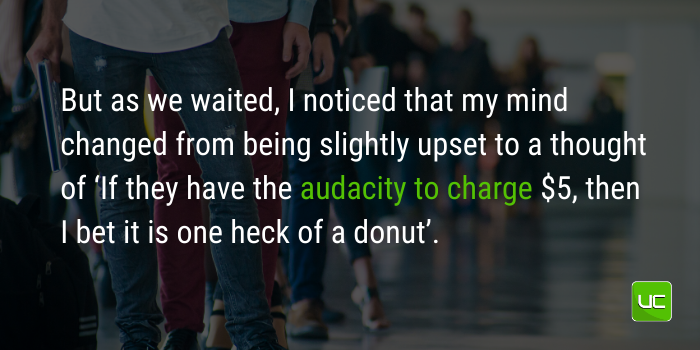 We all chose donuts of a different flavor so that we can pass them around. I couldn’t wait. I had to get into one of these things! First bite and I was sold! No longer was I concerned that I just dished out $25 for five donuts, I was just donut drunk.

Thirty seconds later, we had all finished our donuts, and I was almost giddy. Why? In part because of the great tasting donut, but more so because I had been taken completely through the Buyer’s Journey, and now I am a raving fan.

From social media and the buzz they created by having a premium but limited product, to the great tasting product and execution at the store, they nailed it. 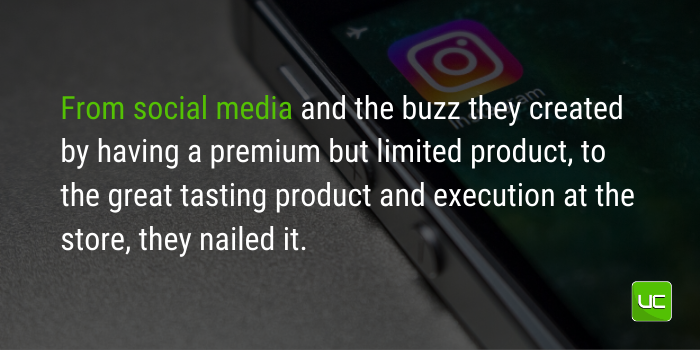 We all try to create that experience for our customers but rarely deliver like the $5 donut.

Tell me: how could you make your product, brand, and marketing more like the $5 donut and take your business to the next level?